Edu Ferrer Alcover is a Spanish freelance photographer based in Barcelona, Spain. He is professionally inspired by nature and sports - and often enjoys spending pastime in the Spanish Pyrenees Mountains, spending the nights in a Robens Voyager 2 tent.

Route Around Carlit Massif in the French Pyrenees

On Friday June 19, Laura and I took a direct train from Barcelona to the heart of the Pyrenees. We stopped at the small village of Envetig in the region of La Cerdanya, where, just after crossing the border between Spain and France, the impressive Carlit Massif grows in front of your eyes. Our idea was to complete a huge loop across the massif from Friday to Sunday, including on Saturday a climb to the Summit of Carlit, the highest peak in La Cerdanya, being 2.921m high.

So we started walking at 18h leaving the village and following a constant but easy uphill track along the Bena River, crossing beautiful forests and meadows. As we where gaining height, during all the way up we where able to enjoy magnificent views of all the valley of La Cerdanya. After a couple of hours and 7Km walking, we found a great grassy spot to spend our first night. We set up our Voyager 2 in a few minutes, we had dinner when it was already dark and we went rapidly to sleep, as the temperature started to drop very fast. It was a nice night, but more windy, humid and
cold than we expected.

On Saturday, we woke up with the first lights of the sun and the singing of the birds. We had a long way to cover, so we started walking quite soon. After some meters, we abandoned the Bena River and we took another track following the Salit River all the way up to a pass called Coll de l’Home Mort. From there, we kept going up until we finally reached the ridge of Serra de la Portella de Bac d’Ortella, the one that we had to follow to conquer the Carlit Summit. It is a very unique spot, where you can see four different valleys and hundreds of summits of the Spanish, French an Andorran
Pyrenees. But it is also a totally remote area, hard to cover and very technical. We hadn’t seen any single human being from Friday and it was the first time that we did that track, so the feeling of adventure and facing the unknown was absolute. Then, when we arrived at the summit of the Pic de les Toses (2.803m) we saw ourselves facing the most decisive moment of the weekend. We were just a few Km away from the Carlit Summit but, just in front of us, the ridge that since now had
been spectacular but easy turned into a very narrow, aerial and technical section. The next steps would make us use all our body and mind to avoid a possible fall that, if happened, would be for sure fatal. The main problem was that we didn’t know if after that point the next section would be easier or even more difficult and we didn’t want to see ourselves in a no turning back point carrying all the gear that we had in our backpacks. 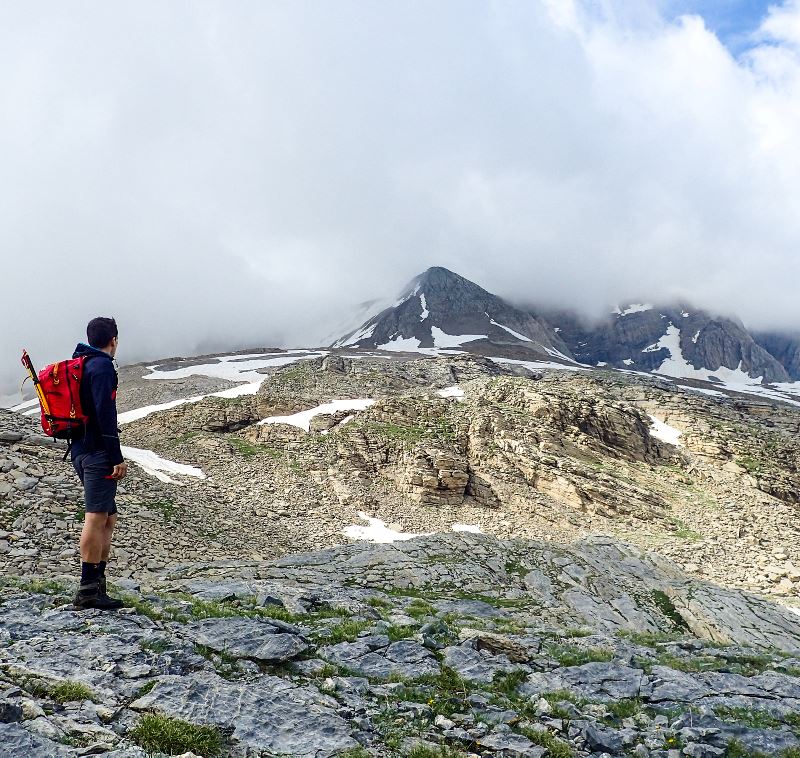 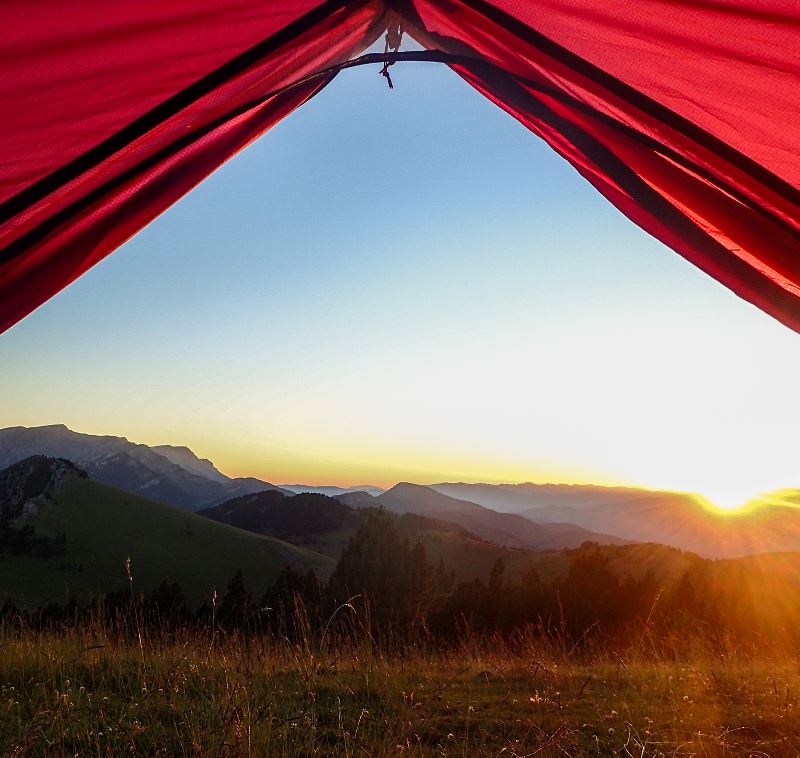 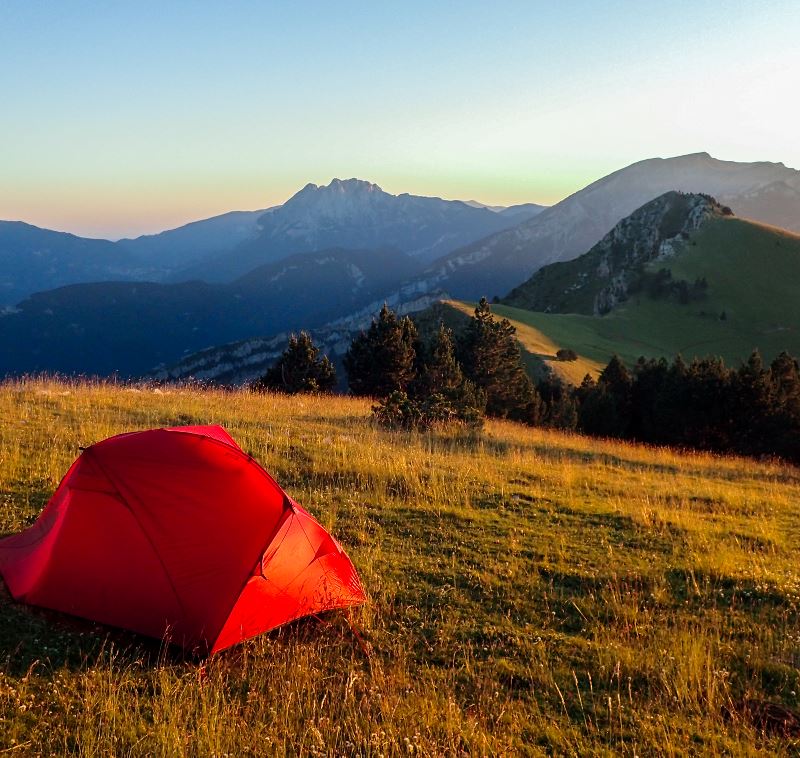 So, despite the big disappointment, we finally decided not to go on the ridge and choosing an easier path that crossed the massif through a lower and less technical area. The decision was obviously the smartest, but it forced us to renounce to climb the Carlit Summit, that was the big prize of the day.

But we didn’t have much time to get sad, so we continued right away and enjoying a long and amazing track through one of the most idilic areas of the French Pyrenees, crossing steep forests, meadows and natural ponds. Finally, after 9 hours and 25Km of route we arrived at La Bollosa Lake, where we get ready to spend our second night outdoors of this adventure. We were really tired, so it was nice to still have some hours before the night to set up the tent and have a nice dinner before going to sleep. On Sunday we had a great breakfast under the sunrise and we started slowly our
return to Enveitg, where the loop would be finally closed. It was a long but easy way down through the Valley of Angostrina where we could enjoy some gorgeous  landscapes and remember all what we had already done since Friday. After 12Km and almost 3 hours we get back to La Cerdanya and we saw ourselves again in the middle of the human landscape. We still had to walk 5 more Km passing the villages of Les Escaldes, Dorres and Ur, before finally reaching Enveitg. It was a very challenging weekend for our minds and bodies, and above all a really deep and intense experience in the middle of pure nature. We felt complete and happy, but we know that the Carlit Summit is still there waiting for our next visit. 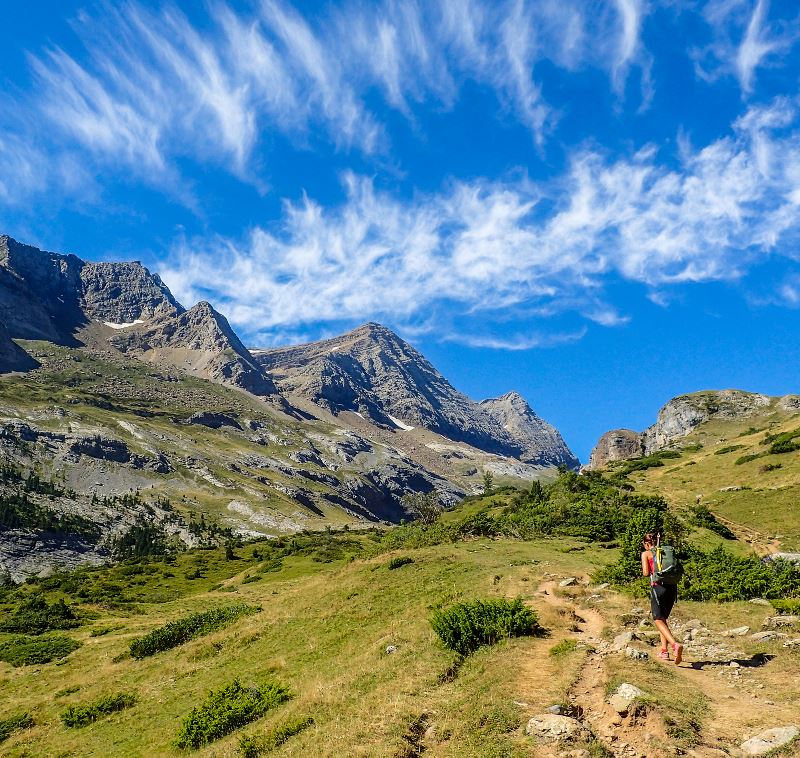 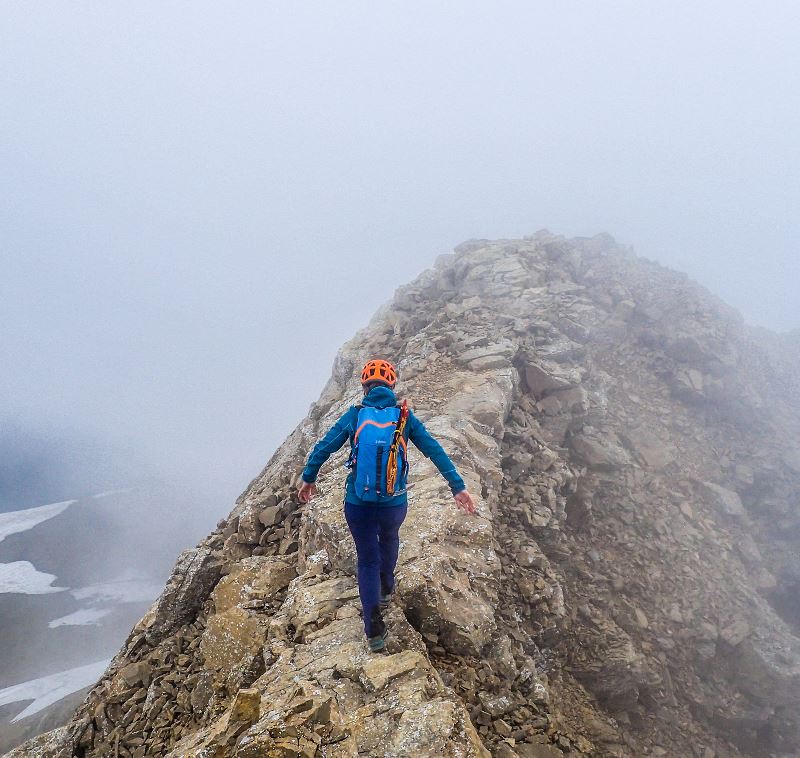 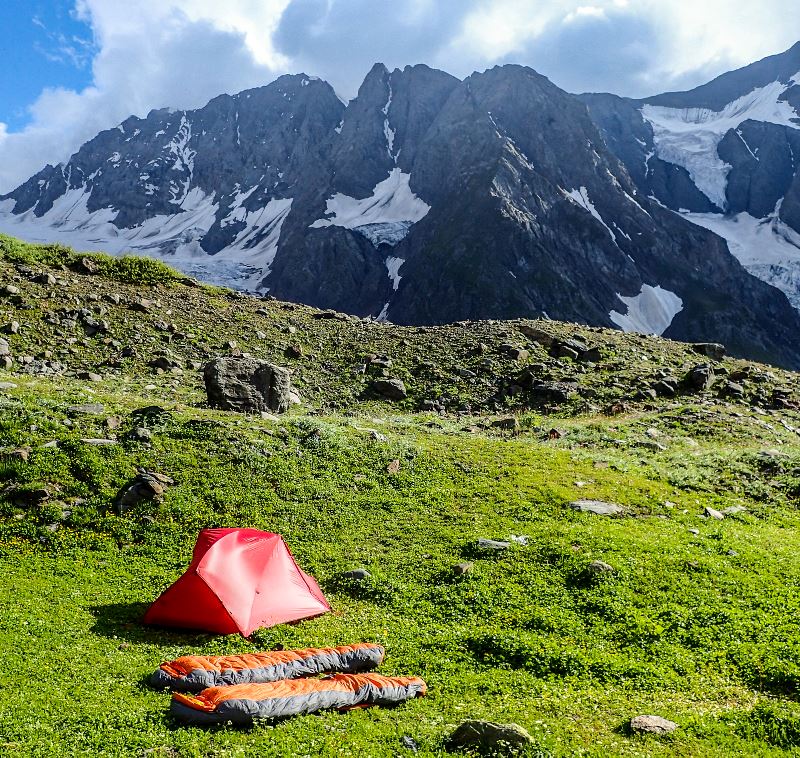